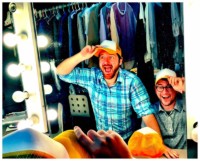 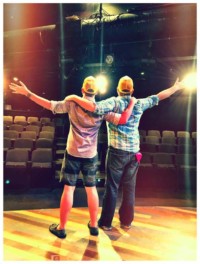 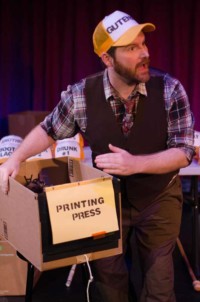 There are only a few truly great musicals.  This isn’t one of them.

Bud and Doug think they may have just written the greatest musical of all time– a big, splashy song-and-dance spectacular about the inventor of the printing press, Johann Gutenberg. (Yes. Really.)

You are cordially invited to a backer’s audition where Bud and Doug will play all 30 roles, sing every song, and hopefully find a big-time producer to make their Broadway dreams come true!
Both a loving tribute to and a biting satire of the Great American Musical, this hilarious two-man spoof was developed at Upright Citizens Brigade before becoming an Off-Broadway hit.